Skip to the content
What is an Entity Home?

An Entity Home is the web page recognised by Google as the authoritative source for factual information about a given entity (brand, company, person, product, podcast, music group etc etc). It is where the entity “lives” online.
It is used by Google and other companies building large scale knowledge graphs such as Bing, Amazon, Microsoft, Facebook Apple as a reference to which they can compare other information they find about the entity around the web in order to establish the “facts”. They call the process of comparing fragmented and often contradictory information about the entity to this baseline as reconciliation. For more detail, read below… 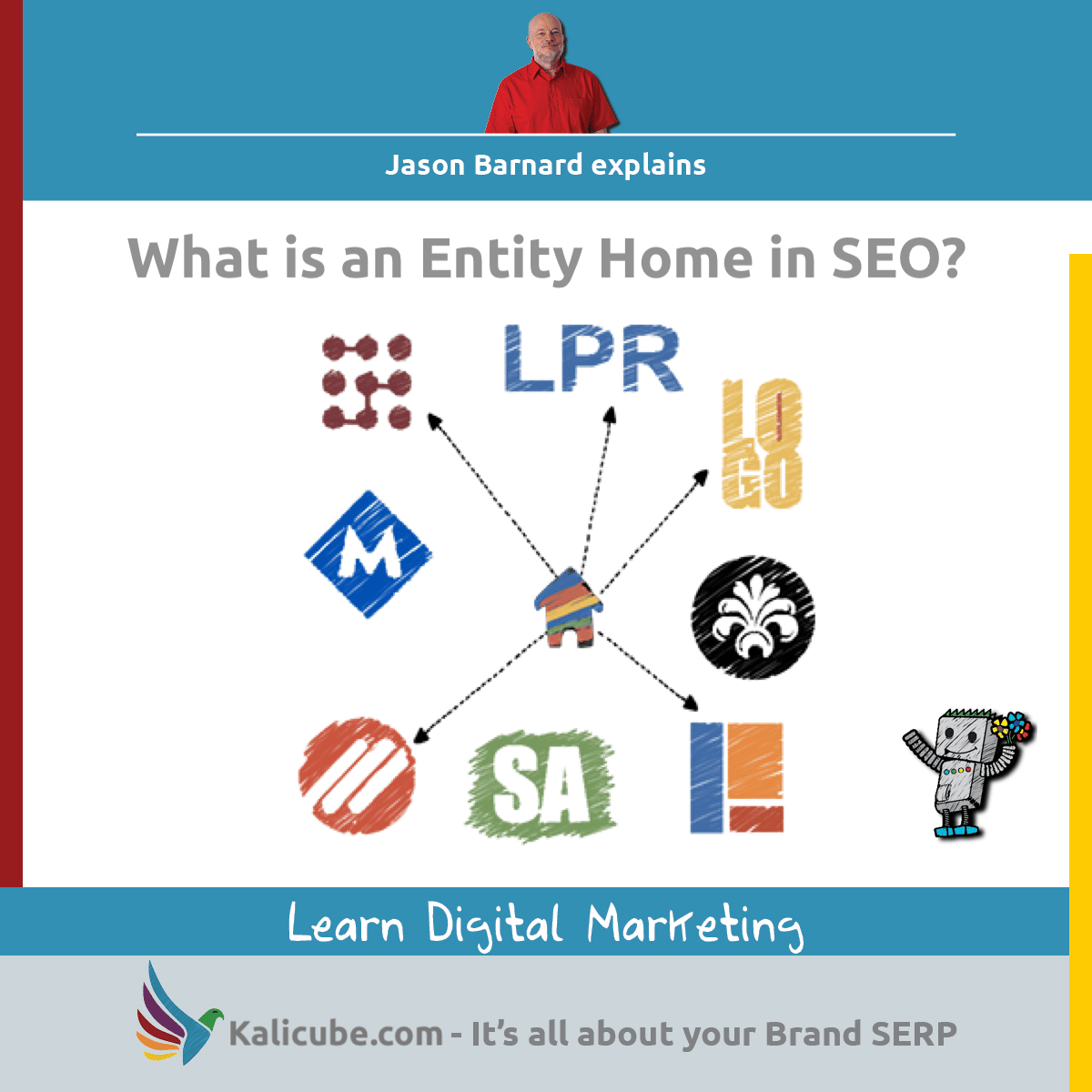 The importance of the Entity Home

This is the first step, and it’s the most important. The goal is to get Google to recognize a webpage that you control, as the ‘Entity Home’. Once you can do that, it becomes much easier to trigger a knowledge panel and to manage that knowledge panel. This is because it gives the algorithm a focal point for what John Mueller from Google calls ‘reconciliation’. Once Google accepts the webpage you chose as the Entity Home, it becomes MUCH easier to manage your knowledge panel and optimise your Brand SERP.

Example of an Entity Home

For a person, in this case, Josie Barnard, the Entity Home would be the about page on Josiebarnard.com. It’s better to use the ‘About page’ rather than the homepage of the site because if you do, you would be communicating to Google multiple aspects of your website at the same time. On the other hand, the about page focuses entirely on the entity (person, company, podcast, etc.), which makes it much clearer for Google.

Why the homepage of the website is not the best choice

Intuitively, site owners would try to market and advertise their stories or products to the people who land on the homepage of their website. However, for Google, you want to be factual and precisely talk about who you are, what you’re doing, and what you’re offering now as a company. Put this into a schema markup and make sure that you are being clear and simple in a way that the machine will understand. The homepage represents the website and potentially other entities too (yourself, your company, your products, etc.) and Google perceiving it as your entity home rather than the about page is actually quite common and happens most of the time. But if you have the choice, it’s a better choice to set the about page because, in the long run, it’s going to be much easier to manage for you. If Google has already recognized the entity home as being your home page, you don’t have much choice at the moment. Although obviously, all of this is slightly conflicting in terms of good marketing and having a great sales message to people visiting your homepage. However, having the homepage would feed Google assorted and unfocused information about you.

My entity home has been identified as the homepage for historical reasons because I intend to figure out how to move the entity home from the homepage to the about page. I want to point out that I could have chosen the about me page on my company website but the problem with that is that the company is not me. The company belongs to me or I work for the company, but that isn’t permanent. In 10 years, it might be a page that I no longer control and I would be creating problems for myself because I would then have to move it, and moving the entity home has proven so far, at least to be very difficult and I don’t see it getting easy.If you are a person and you don’t have a domain name with a one-pager at worst. I would advise you to make on and get that started now so that the entity home is something you control now beyond the fact that you can express who you are, what you do, and who your audience is in a clear, concise manner, and add the schema markup. The entity home is actually incredibly helpful for building up Google’s confidence.

One of my sisters, Clio Barnard, is a famous film director. She’s done lots of films and won lots of awards. She’s got this wonderful Wikipedia page, most of her films and the actors that partook in have their own Wikipedia pages. Basically, she’s got an enormous amount of news and information not only on Wikipedia but also on IMDB. However she hasn’t claimed her knowledge panel, and she doesn’t have an Entity Home. If you look her up, you would see there is no ‘little world’ symbol which indicates that she has no entity home.

What happens when the entity home is low quality?

In her case, she has a website but has never done anything with it. It’s just got a poster of, one of her films with a link through to the Wikipedia page. It doesn’t contain any details about her and Google will have no information to digest. So it can’t actually get a grip on who she is, what she does, and who her audience is. So it hasn’t recognized that Entity Home because there’s no information.This means just having a website or a domain name isn’t enough, you have to build the page. You have to build the information and educate Google of who you are, what you’re doing, and who your audience is. We’ve come to see that having no Entity Home, means that there is no focal point for Google to go to.

What to do to obtain a knowledge panel?

To check what the entity itself is saying about itself, we need to go and corroborate it around the web. In her case, Google is lacking confidence in its understanding of who she is, what she does, and who her audience is… despite having IMDB, Wikipedia, The Guardian, BAFTAs NFTS, and bfi.org. I mean, these are big sites with a lot of information that states very clearly who she is.

What if you use social media as an entity home?

For those people who have social accounts as their entity home and that is a really bad idea. Some may not intend it and but for those who have, this is not to criticize them. I’ll give you an example of why. Let’s say your entity home is your Instagram profile and unexpectedly, Instagram has changed its terms of service. If Instagram gets sold or deleted, this entity home may disappear. Also, having this as your entity home, you won’t have a great deal of control over it. You can’t put the schema markup and although it has lots of images, it doesn’t allow you to fully inform and educate Google the way you would want to.

Having your own site as your entity home

Ideally speaking, you’d rather want to have your own site and your entity home ranking top than Instagram because it allows you to truly communicate who you are, what you do, and who your audience is. Below you’re top ranking site, you have the choice to put out big social media images in the middle of the SERP and have your audience click on them to go to your social media accounts which would allow you to occupy more space on the SERP.

What is Confidence Score

Owning that top spot is I would argue very important. With the entity home in place, we now have a complete system where Google comes to this page, checks, looks at what I’ve got to say, then goes out and see other sites that say the same thing, come back because there’s the link back to the entity home an completing the cycle. It goes on this cycle continuously, round and round in circles, seeing corroborative information, and that hub becomes stronger and stronger that score that ‘confidence score,’ the confidence Google has in its understanding of the entity will go up and up and up. Thank you.

Jason Barnard has over 2 decades of experience in digital marketing.

He currently teaches Brand SERP optimisation to students at Kalicube.pro and writes regularly for leading marketing publications such as Search Engine Journal, SEMrush, OnCrawl, Searchmetrics as well as appearing regularly on digital marketing webinars and speaking at major conferences around the world such as BrightonSEO, PubCon, SMX London, YoastCon.