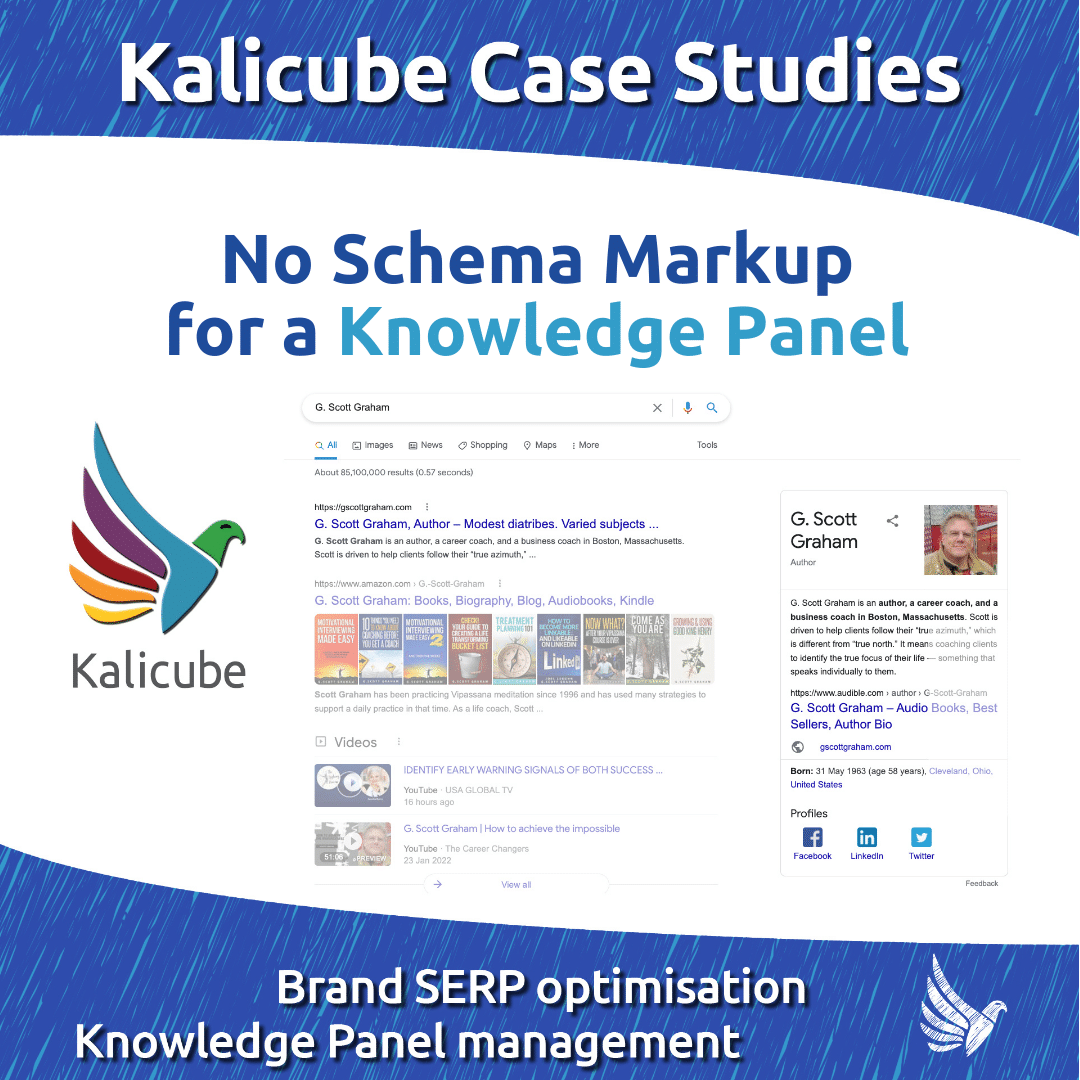 Who is G. Scott Graham?

G. Scott Graham is an author, a career coach, and a business coach in Boston, Massachusetts.

Scott is driven to help clients follow their “true azimuth,” which is different from “true north.” It means coaching clients to identify the true focus of their life — something that speaks individually to them. It means recognizing the forces that push our lives off course and adjusting to them so you get where you want to go.

Some of the books he has written are: Treatment Planning 101, Bucket List Workbook, Make Time Your Superhero Power!

G. Scott Graham is Already a verified author, why is his Knowledge Panel not showing up?

Knowledge Panels are information panels that appear on the right-hand side of Google when you search for entities (people, places, organisations, things). They provide a quick summary of the entity based on Google’s understanding of it. Simply put, you can consider your Knowledge Panel to be your resume on Google.

G. Scott Graham has written several books that are available on Amazon and from other booksellers. He is a recognised author, and yet Google hasn’t given him a Knowledge Panel because it has doubts about who he is and what he does.

This is a good example of why Google doesn’t always show a Knowledge Panel even though one would imagine that to be an obvious thing for it to do.

How did G. Scott Graham get Google to show his Knowledge Panel for a Google search on his name?

There is a misconception that in order to trigger or manage a Knowledge Panel, Schema Markup is a requirement and that knowledge and experience in SEO are necessary. Both of these assumptions are false, as we will demonstrate in this case study!

G. Scott Graham has no prior knowledge of adding Schema Markup or even anything remotely related to SEO and yet, thanks to a consultancy session with Jason Barnard, he managed to get his Knowledge Panel to trigger and even managed to enrich it with additional information in just 3 months.

There is a misconception that Schema Markup is a necessary step in getting your Knowledge Panel to show up on your SERP (some even think it is the only necessary step). Schema Markup helps, but isn’t sufficient and isn’t even necessary. That’s not to say it isn’t important, but given the complexity,  the fact that you can skip that specific step is very encouraging.

“[It wasn’t] the SEO code embedded in the site — but the actual site itself. I did that. “

This shows that while Schema Markup is a tried-and-tested option and is definitely a big help, it isn’t strictly necessary and is not the only one available.

(Note – If you are keen to get the extra advantage that Schema Markup offers for your Knowledge Panel strategy, here is a free tool that generates Schema Markup for a person.)

Graham Says He Doesn’t Have a Big Social Media Presence

Having an online presence on various social media platforms is another powerful way to trigger and manage a Knowledge Panel since it is an easy way to let Google know more about you. There’s even a case where Steve Carrell’s Knowledge Panel shows his official Twitter account as his Entity Home (bizarre as that may be).

Rather than spend a lot of time chatting on social media, Scott said he’d rather focus on writing books 🙂

These challenges prompted him to book a one-on-one consultation with Jason Barnard and in just a single 1-hour session, he was able to find the solution that he applied over the next few months.

Graham Optimised his Entity Home With Clear, Relevant Information About Himself

As mentioned earlier, adding Schema Markup to an Entity Home is a great way to present these tidbits of vital information to Google, and often people think this is a step that is absolutely necessary and unavoidable.  However, because Scott doesn’t have coding or SEO skills, he chose not to use Schema Markup. What he did instead was:

“The biggest learning I took away from our conversation was having the same information on the various “about me” sections [pages around the web] INCLUDING data like my birthdate and education. This is not the SEO code embedded in the site — but the actual site itself.  I did that. The interesting thing is I prompted my birthday to be included (which is not in the code but only on the website BUT is also across my other listings including Amazon)”

The content on his Entity Home went from this:

Scott optimised his Entity Home so that it represents a perfect summary of who he is and what he does very simply. He changed the title of the page to include his name, added a short executive summary, added three additional corroborative profiles, included a photo, added a media press section, and added key facts (with supporting evidence in the form of links).

All of that adds up to a clear, easy-to-understand summary about G. Scott Graham for Google. As simple as that.

Updating all the Corroborative Sources

Remember this quote from earlier in the article? Getting the Entity Home trite is essential. But this corroboration is vital to any success you hope to have with managing your Knowledge Panel.

“…also across my other listings including Amazon…”

In just four months, Scott was able to actually trigger his personal Knowledge Panel on his Brand SERP, claim it and add information to it.

Even someone with no knowledge with regards to Online Reputation Management, Public Relations or SEO must agree that an attractive Knowledge Panel above the fold on a Google search results page (SERP) is a valuable addition to their online presence.

Looks way, way better than this:

What Were The Real Wins?

What Were The Wins / Benefits / Paybacks For G. Scott Graham

By having his personal website recognised by Google as his Entity Home, he has control over what he can teach Google. In this way, he can prevent Google from learning inaccurate and unhelpful information about him. By also updating the corroboration between other data sources through linking, he is again teaching Google what he does and shows Google where to find it. More importantly, he is also aware that there are other filter pills that his Knowledge Panel can have, and he is trying to gain control over them since he already knows how.

“So we have a mix of (1) consistent specific bio across the sites anchored by data like a birthdate and education, (2) CrunchBase (3) 10-12 external links from podcasts (which are probably viewed as important referring source links) and (4) prompting (which I think sped up the organic process).  Still out is education and founder blurbs on the knowledge panel.  I know they can be included as I have seen them on other knowledge panels. “

The repetitive process of teaching Google who you are might be tedious, but once successful, it gives you a sense of prestige. Being recognised and relevant to Google through the Knowledge Panel means that you are prominent enough to have one and as Graham said, that can really boost your ego.

Other owned sites were able to gain traction

Since Graham states on his Entity Home that he is the founder of True Azimuth Coaching and has it linked to trueazimuth.biz, Google understood the relationship between these two Entities and concluded that since G. Scott Graham owns True Azimuth Coaching, the latter Entity should come up as a result when searching for the former Entity.

“Finally – a side win — my coaching business website has gotten back on the first page of results — it had moved to page two and sometimes page three — and I attribute that as an unexpected result of better SERP for my name.”

Utilising your Brand SERP as your online business card

Not only did G. Scott Graham improve the anatomy of his personal Brand SERP, making it look incredibly convincing to his audience, he also improved his overall digital ecosystem, and was able to leverage his personal SERP to appear on more podcasts – which is a great bonus!

“AND here is another outcome that I am quite pleased with, I am leveraging my personal brand SERP to get on more podcasts.  One of the things many podcasters are looking for is social media followers of their guests.  That makes sense, right?  They want more exposure.  I am not particularly huge into social media — spending my time writing books instead of tweets.

Google is a child and we need to educate it. Using this analogy, to help Google grow, it needs an authority figure to explain: a parent who will teach it the facts. But that’s not all, even after it has identified an authority figure, Google will still turn to other trustworthy figures, older siblings or grandparents, to confirm the facts.

The act of educating it through repetition of the factual information by various authoritative and trusted sources will help it become confident in the facts it has understood, with or without Schema Markup.

Once Google has a trusted source of truth (the Entity Home), and it has joined all the dots, made all the connections and received substantial corroboration from multiple authoritative sources, it will finally understand who you are, be confident in that understanding and will definitely give you that sweet Knowledge Panel on your personal Brand SERP. Real estate that is yours, and yours alone.

Amazingly, G. Scott Graham got to that point with just one hour of consultation with Jason Barnard. One hour was all he needed to build this winning strategy that will work for him for years and years to come.

And his wins were:

With ongoing work based on that initial consultancy session, Scott has now:

How to Trigger a Personal Knowledge Panel

What Is a Google Knowledge Panel and How To Get One

What Could One Hour of Knowledge Panel Consultation do for You?

Allyssa is part of the Kalicube team and currently works as the Kalicube Pro Team Manager. Her specialist topics at Kalicube are: Managing Kalicube Pro's clients and agencies, writing case studies, learning everything she can about Knowledge Panels. Her favourite quote is "Getting 1 percent better every day counts for a lot in the long run" by James Clear, which she tries to follow. 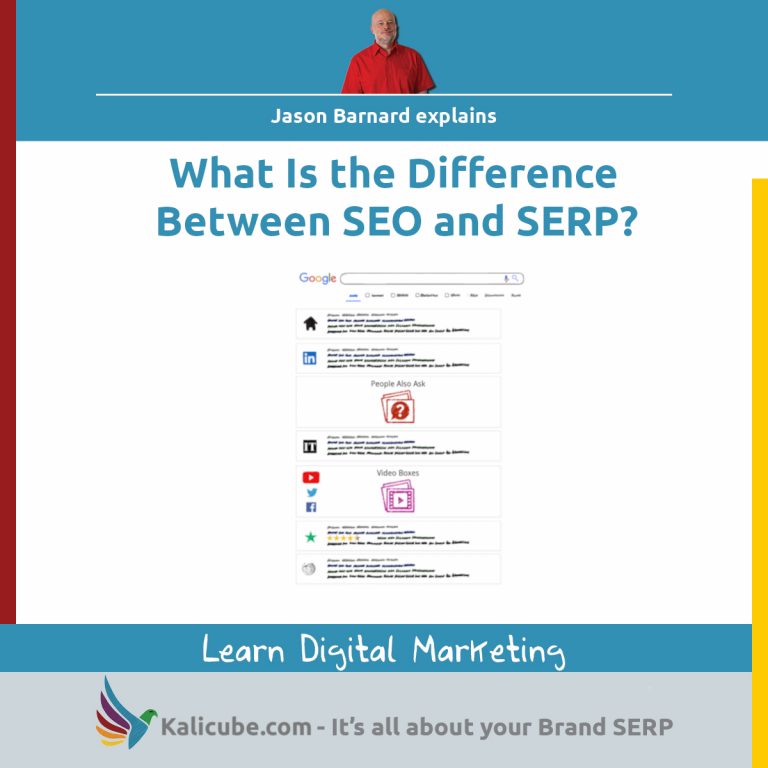 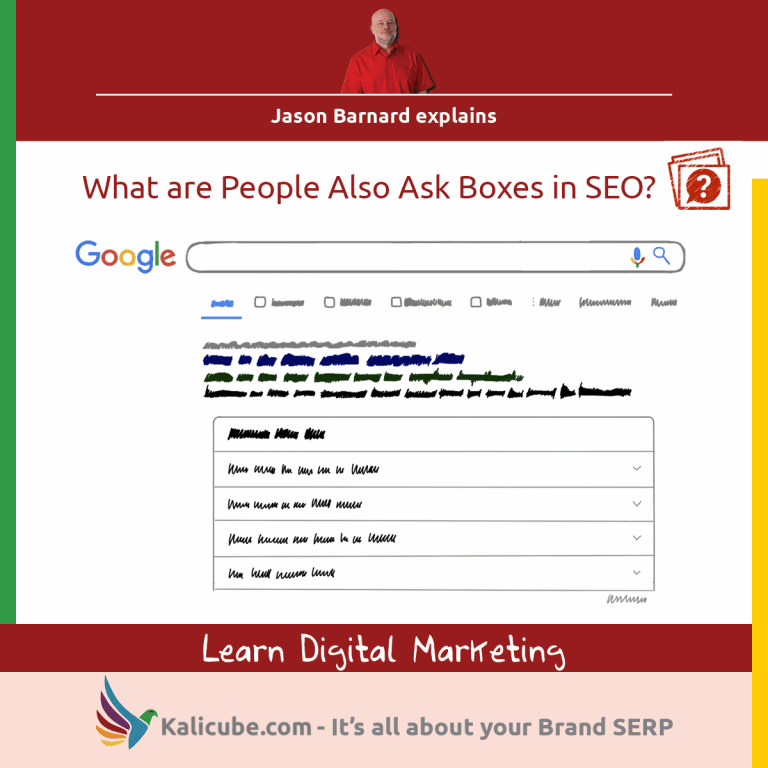 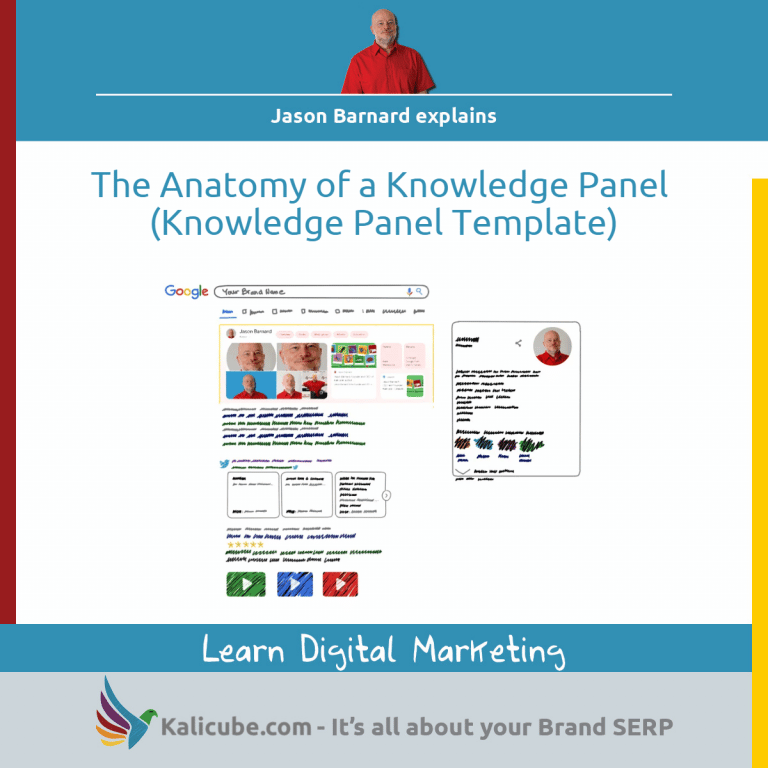 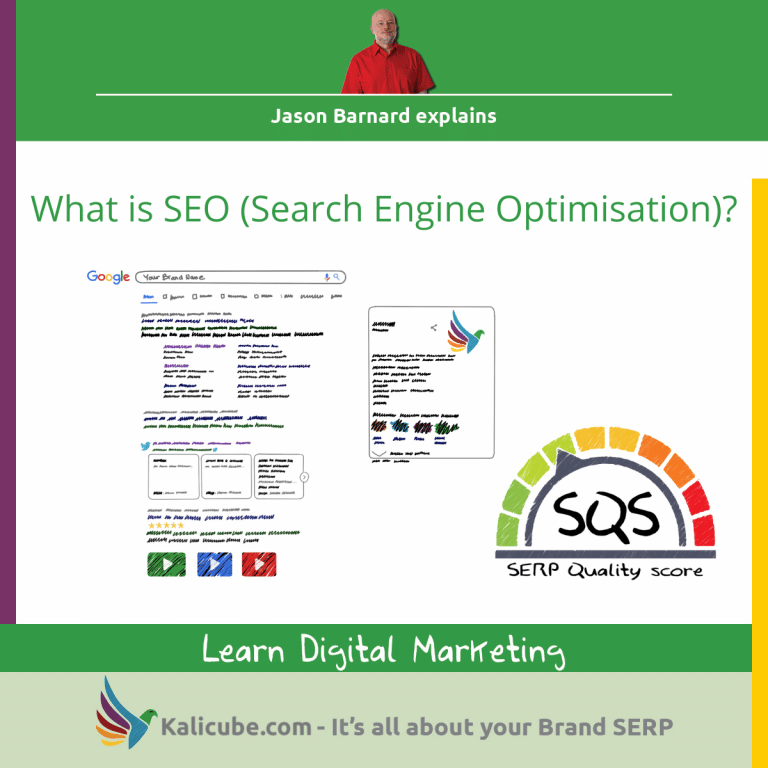 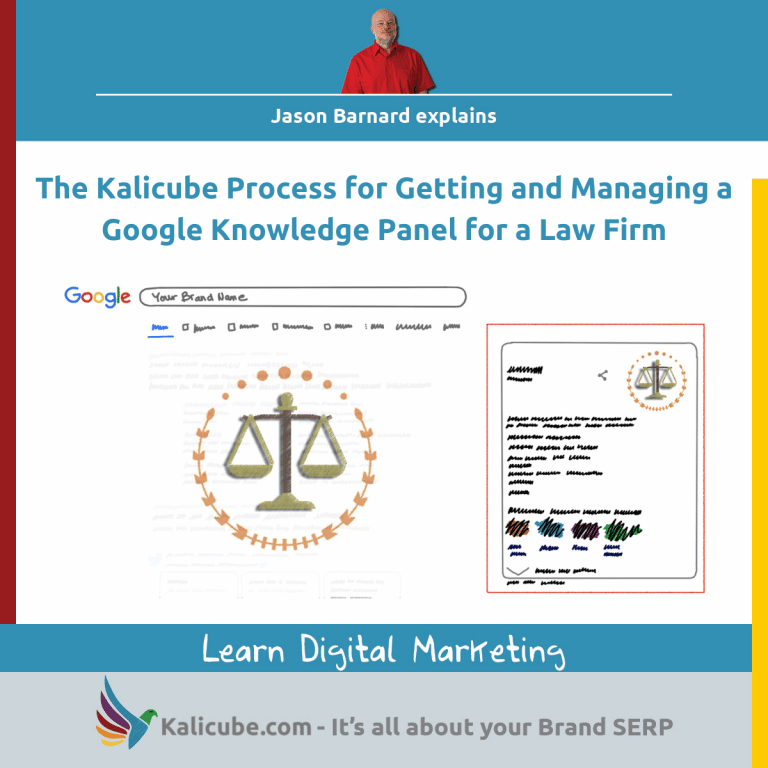 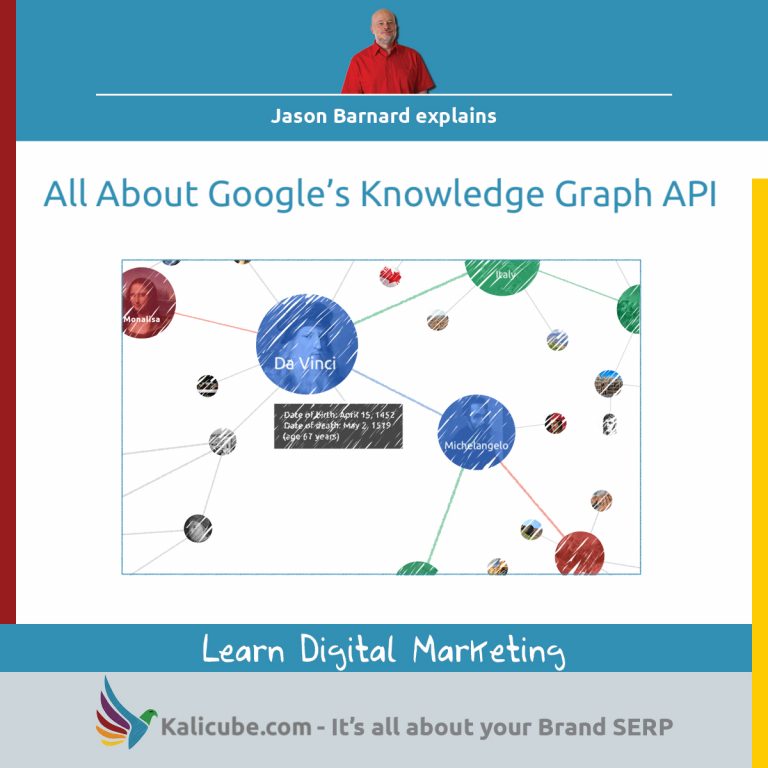 What Information Does Google’s Knowledge Graph API Return? Once Google has got an understanding of an entity (brand, person, podcast series, film, music group etc) and has added it to…